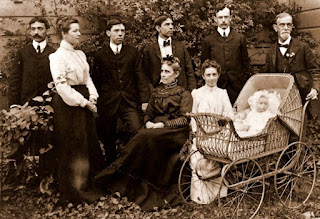 There are two distinct ways in which members of a society may think about their inclusivity in place and time. One way, genealogy, takes its bearings from lines of family descent. The other, generation, finds its units of measurement in cohorts of people born at approximately the same time. These two approaches have something in common: they both use biological relationships as a way of thinking about social relationships.  But the differences between them are equally clear. Genealogy provides a vertical sense of belonging that defines the people of the present in terms of their ancestors. Generation is horizontal: it constructs a community of coevals. Genealogy concentrates on succession, whereas generation emphasizes simultaneity. Genealogy attaches importance to kin connection; generation potentially transcends kin. Meeting Places It did not take long for me to realise that my random collision with Suffolk in the early 1980s might run deeper than a one-off scientific project. The fi
Post a Comment
Read more 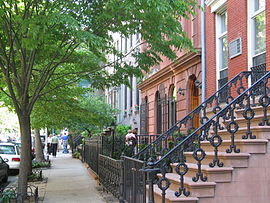 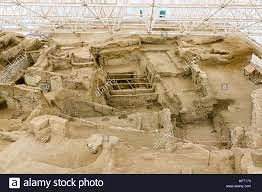 Why did humans first turn from nomadic wandering to villages and togetherness? The answer may lie in a 9,500-year-old settlement in central Turkey. https://www.smithsonianmag.com/history/the-seeds-of-civilization-78015429/ https://ittakesavillage.podbean.com/ https://www.nationalgeographic.com/history/magazine/2019/03-04/early-agricultural-settlement-catalhoyuk-turkey/
Post a Comment
Read more 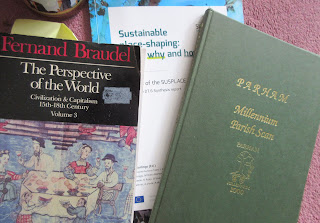 Community learning includes a range of community place based and outreach learning opportunities, managed and delivered by local people to create scenescapes. Scenescapes are: ... shared activities,  ...features that define a neighborhood or place ...the presentations of locally generated aesthetics of a place.   Development of scenescapes was an aim, emanating from the UK sustainable development plan, to bring together people of different ages and backgrounds to tackle community issues and communicate ideas and acheivements in citizen's environmental networks. The idea was the focus of a community learning project in the 1990s entitled 'Blything and Nine Parishes' (BANP).    BANP was part of an EC funded project called BIOPLEX based in the Suffolk village of Chediston, which in those days was a significant centre for local agricultural innovations to increase farm efficiency and minimise pollution. The project was mostly concerned with the economics of farm anaerobic dig
Post a Comment
Read more

Topic: Being unapologetically yourself 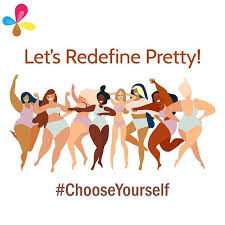 What does being unapologetically yourself mean? You are  willing to acknowledge any regret for your feelings. While the adjective  unapologetic  can describe someone who simply refuses to apologize, it also conveys a sense of strength: e.g. an  unapologetic  feminist, for example, is proud to stand by her beliefs. Embrace your life where you are today. Nourish your body and your mind in ways that feel good to you.  Do things that scare you.  Set goals and share them.  Lean into your quirks.  Accept every inch of your body and mind.
Post a Comment
Read more 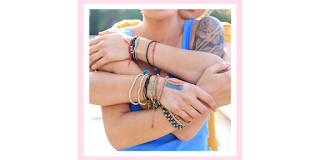 While all labels used to describe one’s sexual orientation are unique to the individual, unlike  homosexual  (an attraction to the opposite gender), queer is an umbrella term that can be used by anyone under the LGBTQ spectrum. Queer conveys both an orientation and a sense of community. “The community aspect states, ‘Because we’re all different, we can celebrate our differences. I can accept you for who you are, and there’s power in numbers,’” Wise says. “There’s an aspect to it that doesn’t allow for isolation.” Some folks who fall somewhere in the middle of the sexual orientation spectrum will describe themselves as queer rather than bisexual (attraction to both your own gender and genders other than your own) or pansexual (attraction regardless of gender). Others will use both and introduce themselves as “bisexual and queer,” for instance. The term queer is also used by those whose gender does not fall within the binary caterory. LGBTQ  stands for lesbian, gay, bisexual, transgender
Post a Comment
Read more 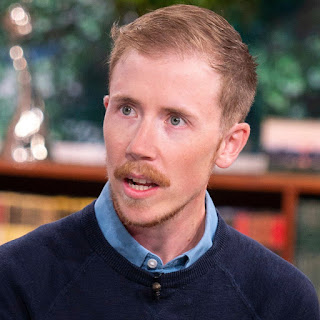 Transgender  people have a gender identity or gender expression that differs from their sex assigned at birth. Some  transgender  people who desire medical assistance to transition from one sex to another identify as transsexual.  Transgender , often shortened as trans, is also an umbrella term. A transgender man who gave birth has lost his appeal court battle to be registered as a father in a case that wrestled with the legal definition of motherhood and transgender rights. The ruling against Freddy McConnell, a 34-year-old freelance journalist who works for the Guardian and who lived as a man for several years before suspending his hormone treatment and becoming pregnant, upholds an earlier high court verdict that motherhood is defined as being pregnant and giving birth regardless of whether the person who does so was considered a man or a woman in law. A court of appeal panel headed by the lord chief justice, Lord Burnett, effectively came down in favour of the right of a child born
Post a Comment
Read more
More posts

corixus
‘Belonging Together In Nature’ is a project in humanistic geography, promoted by International Classrooms Online. Its aim is to evaluate the use of Google Blogger to create pages and posts on the themes of belonging, place, change and self. Make a blog and send the address to corixus@gmail.com.